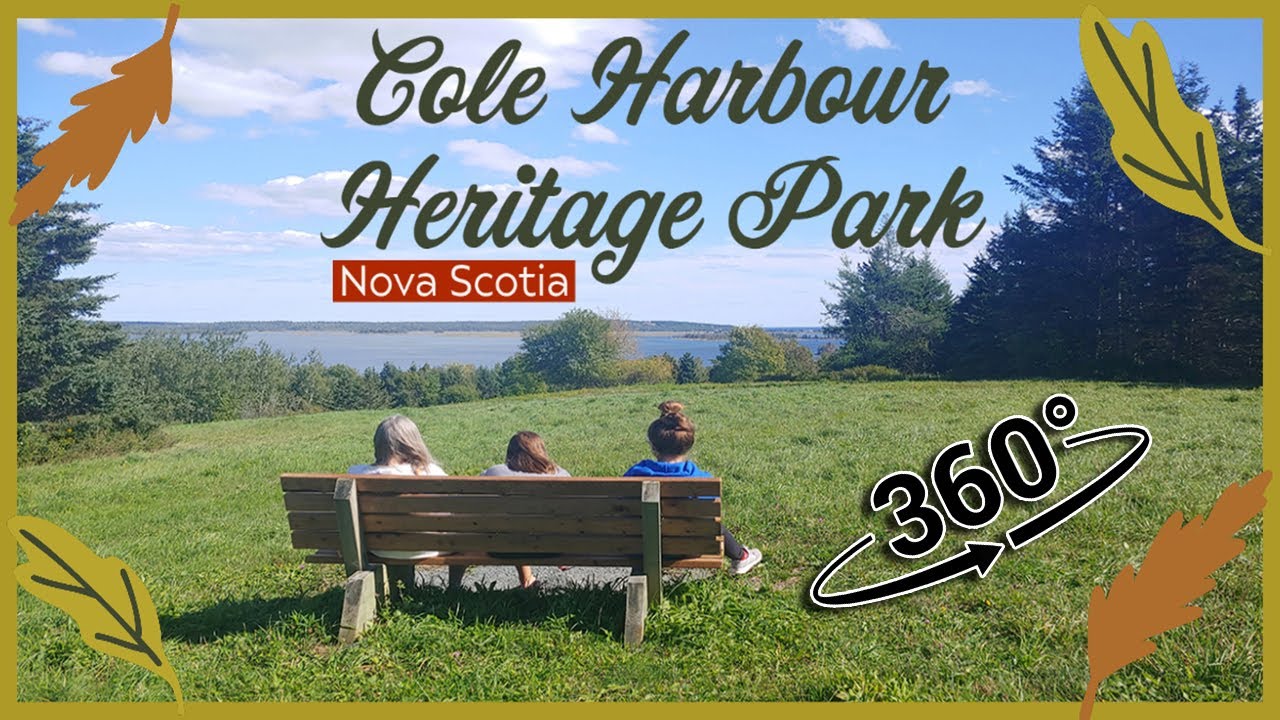 Cole Harbour is home to some of the best multi-use trail systems in the HRM.  They include nearby Bissett Trail, Salt Marsh trail and Shearwater Flyer.  The trails in the Cole Harbour Heritage Park are a great place to go for an easy, enjoyable stroll for people of all abilities.  The park’s 7 trails are interconnected loops encompassing over 400 acres.  With plenty of different routes to choose from, you can spend a half-hour or an entire day exploring the local area.

The “heritage” aspect of this park refers to its farming past and the rich, diverse ecology of the region. The old farm fields, dating as far back as the 1700s are preserved today, with nature being left to flourish.  In warm months, the fields are a screensaver come alive as colourful butterflies dance amongst the grass, birds & insects provide an ambient, soothing chorus while Ospreys glide keenly overhead.

Everything is well maintained, marked and mapped.  The information kiosk by the parking lot gives you a short history lesson, a large detailed map, park rules & news.  A lost and found box next to the parking lot is monitored and emptied monthly by the Cole Harbour Parks & Trails Association.  The same volunteers who maintain the park, also act as friendly trail wardens to monitor the area and ensure the safety and cleanliness of the park.  Large signposts mark every critical juncture, complete with trail distances and arrows directing you back to the parking lot.  The pathways are a compacted crusher dust base that is regularly maintained by volunteers to ensure a smooth, easily walkable surface.

Starting from the park entrance, the Jerry Lonecloud Trail is an easy 1km loop.  Equal parts wooded, and alongside a large open field the trail is a sample of what the rest of the park has to offer. The trail can be done as a single loop or as a longer hike by continuing on to the panorama trail and others.   Named after Jerry Lonecloud, a member of the Millbrook Mik ‘kmaq first nation, he was well known to local residents in the early 1900s.  Lonecloud collected local sweetgrass in this area to make coiled baskets, a popular item at the Halifax market. A scenic connector trail, the Panorama Trail connects the Jerry Lonecloud Trail to the Poor’s Farm Road Trail.  A bench sits atop a large drumlin with a wide view of Cole Harbour.  Aptly named, the Panorama Trail has some of the best panoramic views in the park.  Descending from a high point with a wide view of the harbour, it’s a good spot for distant #birdwatching ephemeral and regular visitors to the busy salt marsh nearby.  The trail branches off to the Brook Trail on the left and the Poor’s Farm Road Trail on the Right.

The partially looped Poor’s Farm Road Trail is a hub trail that connects to many of the trails in the park.  Full of nice views both atop a drumlin and closer to shore, the trail has plenty of benches to sit and enjoy.  The trail crosses a small stream, shortly before reaching an especially scenic old tree tucked in the corner of this former farm field. The Jersey Jack Trail gets its name from a man who arrived by jumping ship from a grounded vessel in the late 1800s.  After marrying locally, he spent the rest of his life in the area.  The trail is a 1.5km loop in the farthest corner of the park.  After crossing a small stream just past the Poor’s Farm Road Trail, you’ll reach a bench and access to the water.  Nearby, a tree stump carved into a bear sits in quiet contemplation amongst the ferns.

The trail is quite scenic along the 300m of shoreline, its wooded sections & open fields alike.  Perhaps my favourite bench in the park is perched atop the middle of the trail in one of the farthest points of the park, making it a great place to spend some time relaxing before heading back.

Short and sweet, the Brook Trail follows along a wooded, flowing brook between the Poor’s Farm Road Trail and Jersey Jack Trail.

Named for John Costley, the fisheries inspector of Cole Harbour in 1865.  The small fields along this mostly wooded trail are what remains of his farm.  The scenic Ira Settle lookoff sits on the shoreline 70m off the trail at one end, and the site of the George Bissett house (the first county councillor for Cole Harbour in 1890) is located at the end nearest the Salt Marsh Trail. A good trail for naturalists, most of the area has sat largely undisturbed through time.

The Heritage Trail is a wooded, crusher dust base trail that connects directly to the Salt Marsh Trail, one of Halifax’s most popular biking destinations.  The Heritage trail also allows biking, making it possible to bike directly to or from the Salt Marsh trail to Cole Harbour Heritage Park.  The information kiosk at the Heritage Park end of the trail has a rack to safely lock your bike while exploring the nearby trails which do not allow bikes.

A Park Of, And For, The Community

The Cole Harbour/Lawrencetown Heritage Park is a great example of nature trails done right and makes itself appealing to people of all ages and abilities.  Made possible thanks to volunteers with the Cole Harbour Parks and Trails Association (Donate!).  For more details on the history of the area, its nature and its creation as a public park, check out this paperback field guide (all profits go to the CHPTA).

Funny, witty and utterly relatable, read this article if you've ever spotted a bag of dog poop on the trail and thought... seriously?!