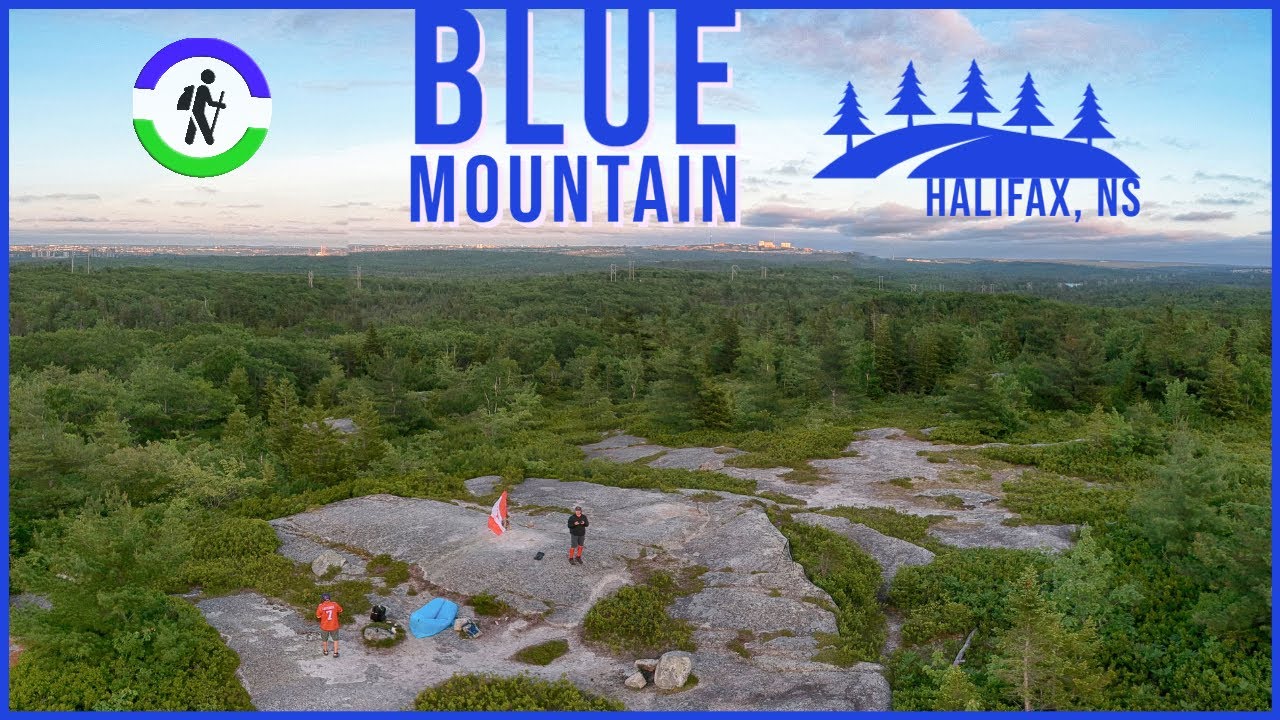 This hike is great for people on a time budget as it’s a short commute from the city core, however, it’s not directly #bus-accessible. The #Blue Mountain-Birch Cove Wilderness Area is a large wilderness area with plans to create a full trail system extending from Blue Mountain to Susies Lake.  Once it is fully protected this area could become the largest urban wilderness park in North America.

For now, it can be difficult to find your way around the patchwork of unplanned, unmarked & unmaintained trails leading in many different directions. There are many trails that venture into remote, #backcountry wilderness, so you’ll want to make sure you pack survival essentials just in case.

Keeping track of your navigating is a must. It’s quite easy to get lost by taking a wrong turn or losing track of the trail.  Despite it being a short hike, I wouldn’t recommend it for beginners.  You should have prior experience navigating unmarked trails if you’re going to attempt this one.  The hike involves moderate, but steady hills as you can see in the elevation profile.  You’ll want to keep dogs on a tight leash or opt to bring them on a more #dog-friendly hike, as there have been active coyote traps and snares in the area, mostly on the privately-owned land.

Trails leading from Anahid Drive & Lewis Lake Terrace are now closed off by private landowners after allowing hikers for nearly a century.  Visitors leaving used poop bags & other disrespectful behaviour have been cited as reasons why those trails are now closed.  Their closure leaves the entrance off of Lakeshore Drive as the only way in. Using this trail (marked in blue on the map) is a 3.5km return trip or about 1 hour to the top of Blue Mountain & back to Lakeshore Dr.  I highly recommend allowing 2 hours for your trip so you can take plenty of time to enjoy the views from the top.

The fact that there was extremely limited info on this trail when I researched it, tells of what a hidden gem it is.  It’s within a 30-minute drive from downtown Halifax, at the edge of the Kingswood subdivision in Hammonds Plains.  The trail takes about 30 minutes to reach the top, and once there you are rewarded with a view that you likely didn’t know existed within city limits.  I’m a fan of a good #lookoff and the Blue Mountain 360° vista is one of my favourites.

The name Blue Mountain is deceiving. This hill is a tongue-in-cheek “mountain” by Halifax standards.  The peak is the highest point of Halifax’s Chebucto Peninsula landmass. When you’re at the top you’ll have a view of Ragged Lake to the North, the Larry Uteck subdivision to the East, Cowie Hill to the South, and plenty of unspoiled wilderness.  You’ll even see the iconic red and white striped smokestacks of Tufts Cove power generating station on Halifax Harbour seemingly sticking up from the trees in the distance.  There is a dichotomy to the views here as you gain a good perspective of the Blue Mountain-Birch Cove Lakes wilderness area & the ever-increasing urban sprawl that threatens it.

The trail is difficult to follow at times as there are many different branches that can lead you in the wrong direction. The trail to the top of Blue Mountain is often marked with flagging.  There are a couple of trail junctions that are easy to miss, so you do have to pay close attention to where you’re going.  There will be muddy sections, stream crossings and some minor climbing.  Impromptu bridges should be taken with an abundance of caution.  Large granite boulders aka glacial erratics, are scattered throughout making good waypoints to remember along your journey.

As stated earlier part of this land is private property that owners used to kindly allow access.  Now, access to these portions of the wilderness area is subject to their approval, so be sure to obey any posted signs on their land. .  Irresponsible dog owners and people who don’t follow basic Leave No Trace outdoor ethics always cause friction in situations like this, so don’t contribute to the problem and ruin it for everyone.  You’ll want to keep dogs on a tight leash or opt to bring them on a more #dog-friendly hike, as there are often active coyote traps and snares in the area.

The city of Halifax has recently purchased parcels of this land as it slowly works to make the park a reality.  If, and when it’s ever created, this trail is sure to be an important cornerstone.  There have been mentions of running a new multi-million dollar freeway (highway 113) right through the heart of this trail.  You’ll see the exact spot this highway would cut through, as someone has posted a sign indicating & explaining this ill-advised proposal.  Beyond ruining an irreplaceable gem, and reneging on the commitment to the wilderness park, it should never happen for a number of other reasons.

Blue Mountain is an enjoyable hike any time of year, especially Spring and Fall when the lookoff is perched atop a sea of colour.  You can expect plenty of bugs in Spring and early Summer so, come prepared with some insect defence gear.  You should always be aware of ticks & do regular tick checks whenever temperatures are consistently above freezing. Read my tick avoidance guide for practical tips and everything you need to know.

The top clearing is often windy and significantly cooler than the rest of the hike, so be sure to bring an extra layer, and a windbreaker if you want to fully enjoy the view.  If you look at this photo, you’ll see my logo (“about me”) directly below.  This spot is stepped down a couple of levels from the peak which makes it somewhat shielded from the wind.  In favourable conditions, it’s an ideal place to bring along a portable seat to save your butt from the hard granite.

Keep in mind that open fires are not allowed in this area, nor are they ‘Leave No Trace‘ ethical in such wilderness areas.  A backpacking stove is a great investment for this and other reasons of convenience.

Though the hike can be done in under an hour, you’ll want to allow double or even triple that amount of time to properly enjoy the scenery.  There may be others enjoying the views at the top as well, so plan on going during off-peak times if you want to have it to yourself and be considerate of others by giving them space and keeping the noise levels down. Use these same considerations for parking on the quiet cul-de-sac on Lakeshore Drive.  Leave room for others to park, and don’t flood the road with cars by carpooling if you’re heading out with others.  Keep in mind there are no garbage cans, so plan on packing everything out with you.

Follow Me
Greg
Creator at HalifaxTrails.ca
A personal project since 2009, I created HalifaxTrails.ca to help people discover, explore & appreciate Nova Scotia's greatest assets. About Me | Buy Me A Coffee

Please support HalifaxTrails.ca by adding it to your ad blocker's whitelist. Ads keep this resource FREE. Thank you!
error: Content is protected !!
wpDiscuz