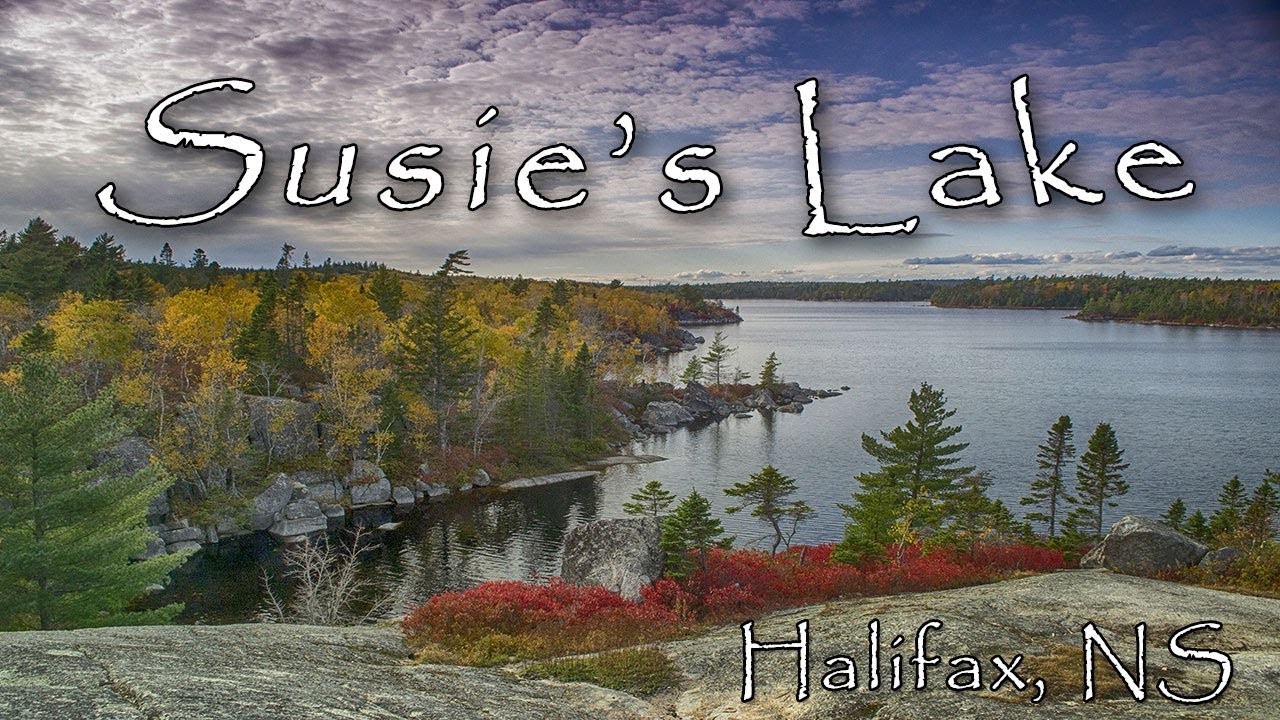 The #Blue Mountain-Birch Cove Wilderness Area is Halifax’s most extensive wilderness protection project.  It is also (potentially) Canada’s largest urban park.  It is still stuck in the early stages of being fully protected and properly maintained.  There are a few entry points into this large area, one of which is behind Kent Building Supplies in Bayers Lake, leading to Susies Lake.

Keep in mind these trails are not managed and there are no garbage cans.  This wilderness area requires strict ‘Leave No Trace’ outdoor ethics to preserve it for everyone to enjoy.  Dog owners can ruin un-managed wilderness areas like this with littered poop bags.  Don’t be irresponsible; pack an empty peanut butter jar, bag carrier, or dog backpack to carry out used poop bags.

Refrain from open fires & opt to use a backpacking stove instead. Cutting trees and branches is illegal & irresponsible burning can cause catastrophic damage.  The large white pine at “flagpole hill” near the lookoff has been particularly hard hit by such behaviour and is in an area that specifically prohibits fires. Susies Lake is best accessed behind the Bayers Lake Industrial Park.  Kent Building Supplies aren’t fond of people using their parking lot so I can’t recommend you park there, but if you look around you will find spots to park where you won’t be infringing on any businesses.

As soon as you enter the main trailhead you will wonder if you’re trespassing or going the wrong way, as is the case with a lot of great hiking spots in Nova Scotia.  Look for the bright yellow “Wilderness Area” signs that are posted at a couple of key areas such as a clearing near the trailhead.  Once you’re acclimated, it’s not too difficult to figure out where the well-trafficked trail is but be warned, there are many deer paths and side trails that can lead you in different directions.

The map on this page shows the easiest routes to follow and doesn’t require a compass or GPS.  I have taken some wrong turns trying to get to the Susies Lake look off before, so you do have to pay attention to where you’re going and I wouldn’t recommend it for complete novices.

The huge granite look-off is an ideal spot to sit and take in the view.  For next-level enjoyment, I recommend bringing something to sit on and backpacking stove for the most scenic cafe in the city.

There are many irresponsibly placed fire pits in the area you should refrain from using, and don’t create yet another.  For responsible fires, pack a fire dish, check current restrictions and practice basic “leave no trace” ethics in this sensitive nature area.

Taking In The View

Sunsets viewed from the look-off are breathtaking.  Barring any wrong turns, it’s possible to get back to the parking lot before it’s pitch black with a 15-minute hike (always pack a headlamp).  If you are new to the area or unsure of your navigation skills I’d advise against staying for sunset as it’s extremely easy to get lost in the dark even if you know where to go (speaking from experience).  The look-off is also a popular spot for swimming, especially with the  “free-spirited” types on hot summer evenings, so fair warning.

As I said earlier, there are a few well-trafficked trails and many smaller wildlife trails that can lead you off in the wrong direction.  Exploring this area does require some basic navigation skills.  My free maps are intended to be opened with your phone’s Google Maps app for a real-time GPS reference, but you should never rely solely on your phone.

The many lakes, rolling hills, #old-growth trees and rocky outcrops that make up the Blue Mountain-Birch Cove Wilderness Area allow for new discoveries with every outing.  It never ceases to amaze me that this place, akin to Kejimkujik National Park exists directly behind a bustling business park well within city limits.

Like Kejimkujik National Park, there is a great #paddling route through its chain of lakes (as seen on my map), though the lack of good access points makes it a logistical challenge.  The current best access is via the busy 102 highway from a very poor pull-over area.  This access point leads to an old, overgrown access road leading to a launch point on the lake.  The poor access is an aspect that will be sure to change when (if) this area gets protected, as has been promised for decades.

There are no designated campsites but plenty of ill-advised makeshift camps and fire pits.  Camping is legal on public land unless otherwise stated, but whenever you’re camping in any non-designated areas you should strictly follow Leave No Trace principles.

This guide is meant to offer an entry point to a couple of the most trafficked trails, but please keep in mind that this is undeveloped nature, meant to be rugged, wild, and preserved as-is (despite being encroached upon by development).

If you’re interested in the protection of this area, check out my blog post and on the subject.  To contribute to the creation of the Blue Mountain-Birch Cove Lakes Wilderness Park, support the work of volunteers with the Friends Of Blue Mountain-Birch Cove Lakes Society by donating and becoming a member (free). The Nova Scotia Nature Trust is currently looking to raise money to purchase a key section of this wilderness, with a June 2020 deadline (learn more & donate).

Neither plant nor animal, mushrooms are in fungi kingdom. Living off decaying material, fungi return nutrients to the soil. Scarlet Wax Cap, is one of two waxy cap groups. More common than other waxy caps, habitat declining so allow the fungi to grow. #mushlove #mushroom🍄 #disc