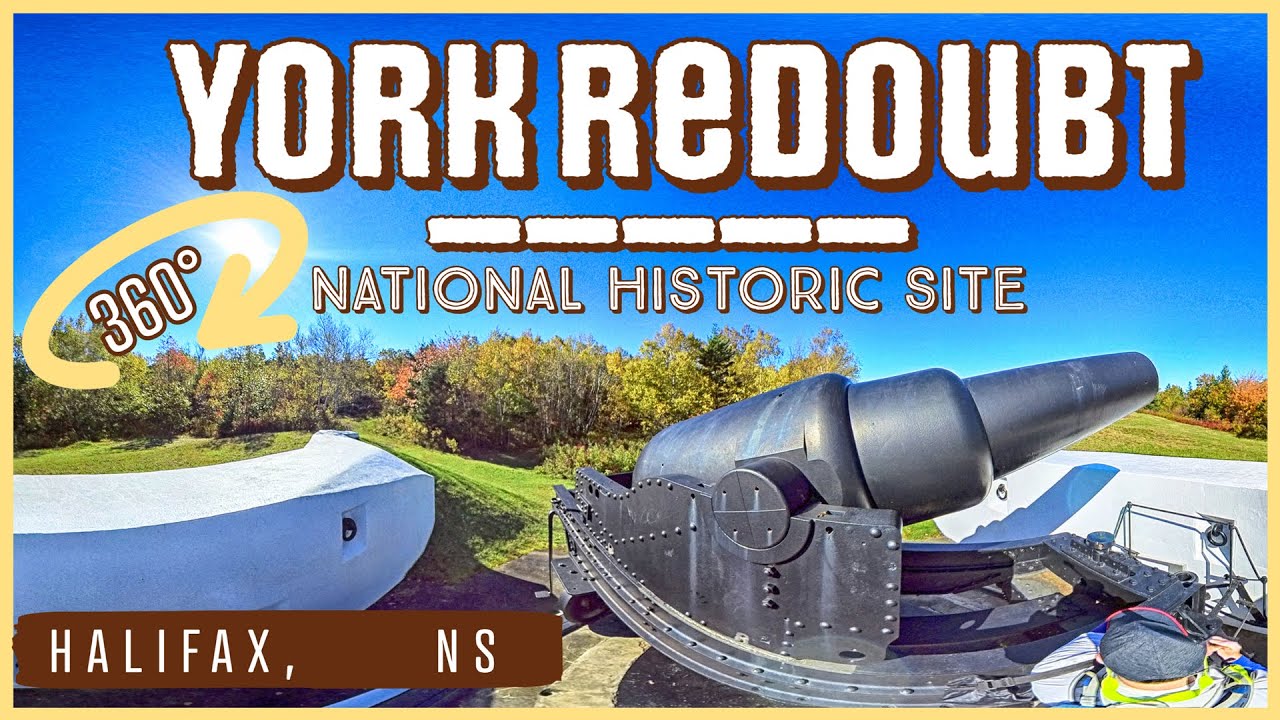 The park is officially open for visitors from June 27 to Labour Day (September) with daily hours from 8 am to 8 pm.  The main gate, parking lot, washrooms & tunnel are open during these hours.  You’ll want to be sure you’re out of the park by 8pm or you risk being locked in.  In the off-season, the grounds are still open, but the main gate, parking lot, facilities and tunnel are closed.  Parking is available outside of the main gate in a small designated area.  Make sure not to block the gates or park in front of the no parking signs.  There is no maintenance in the offseason so please pack your garbage out.

York Redoubt is one of Halifax’s least visited, but not least impressive #historic-sites.  The park is great for a #family-friendly getaway with spectacular views of Halifax Harbour, McNabs Island, and the Atlantic ocean. Along with McNabs Island and Point Pleasant Park, it was a key part of Halifax’s Harbour defence network built by the British to contest the French in 1793 through to its use as a German submarine defence station in World War 2.  York Redoubt has been built, rebuilt and retrofitted for centuries, with the original stone being quarried from nearby Queen’s Quarry in the Purcell’s Cove Backlands. The walking trails go from the parking lot up to the old command post where you will have the best vantage point of the entire area.  A claustrophobia-inducing tunnel connects the main upper part of the fort to the lower waterfront installations.  The waterfront installations have been left in disrepair and are now more of a canvas for spraypaint artists.

The trails are popular for a #dog-friendly stroll, especially during the off-season, and are strictly on-leash.  Many people disregard the rules, and there have been incidents with irresponsible dog owners.  If you prefer, check out some of these #off-leash locations instead.

Everywhere you wander on this site of only a few hectares, you will see extensive military earthworks, buildings and huge cannons, all rooted in different eras of naval history.  Most of the buildings are in poor repair and not open to the public, so most of your exploring will be from the outside.  You get a good feel for the layout of the redoubt despite its crumbling state, and its huge naval guns are still a sight to behold.  Today the same aspects that made it a valuable military outpost, make for great views of McNab’s Island and Halifax Harbour.

Aside from being a great spot to find the extensive information available about the site’s rich history, it also happens to be a fantastic place to enjoy the outdoors and take in some great views of the mouth of Halifax Harbour.  There are plenty of great places to sit and watch the shipping traffic as it comes and goes from the vast Atlantic Ocean.  There are areas well suited for a #picnic and many benches to watch the shipping and recreational boating traffic.  There’s plenty of open space for kids play and many things to fuel childhood imagination, as it did for me growing up in Halifax.

#Museum30 day 21: view
Both museums have great views of their respective rivers. Of course, our 3 ships are docked on the James River at Jamestown Settlement. The view from the American Revolution Museum at Yorktown is of the York River, including the Welsh Fusiliers Redoubt.